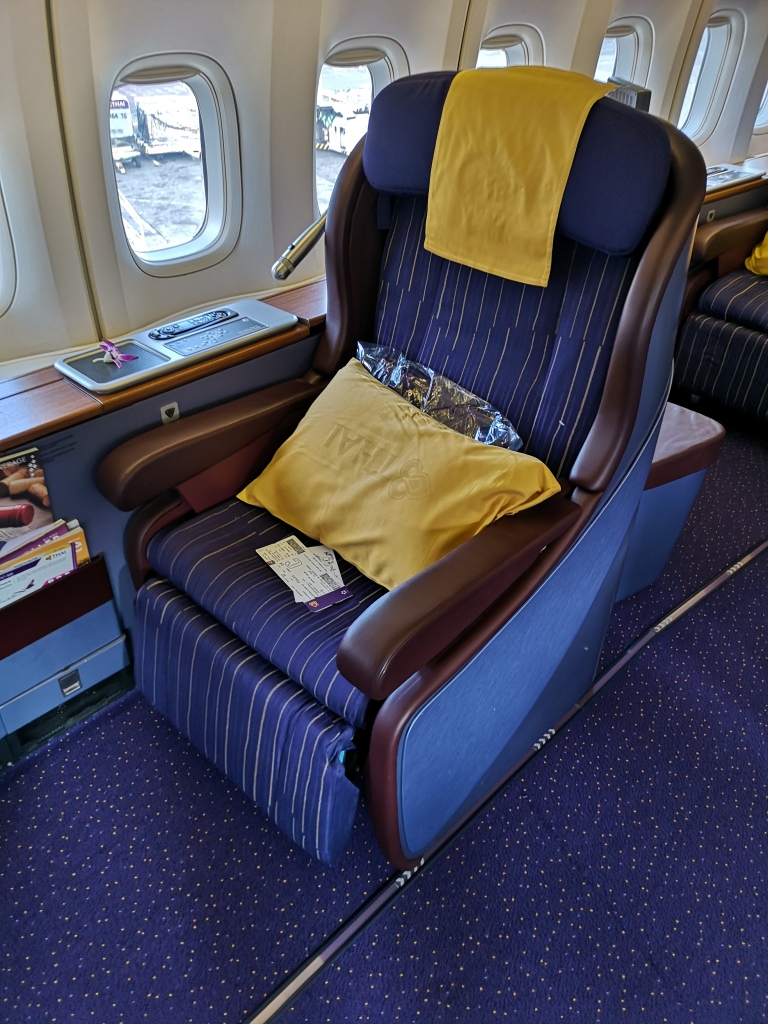 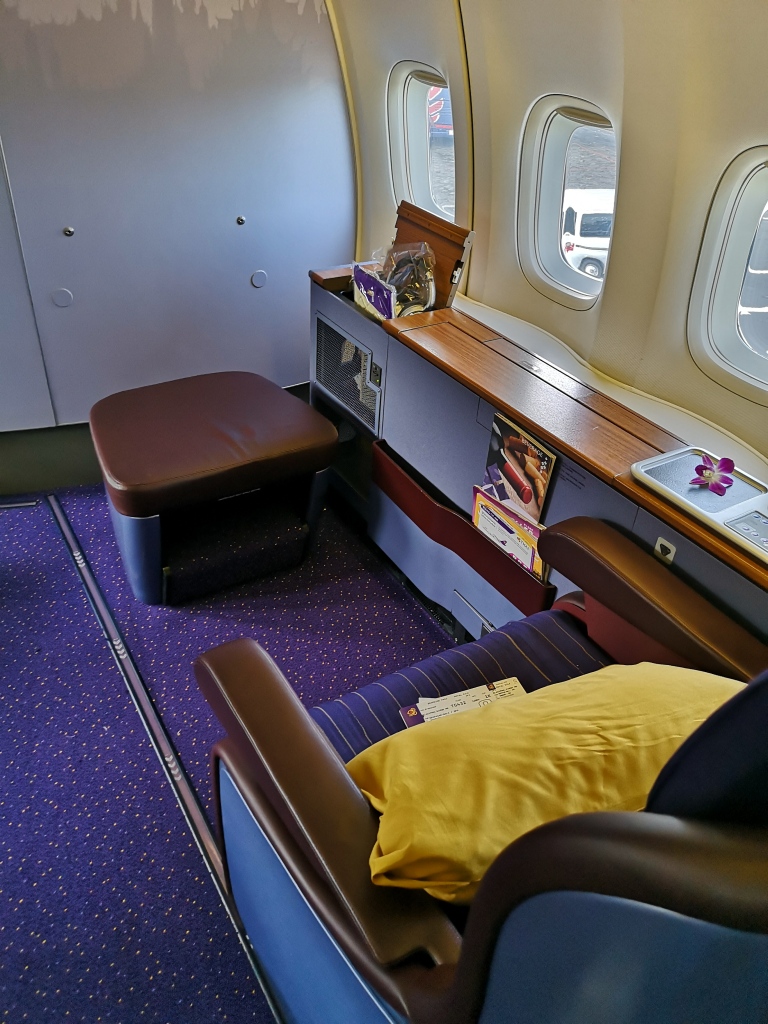 I am sitting in seat 1K, on this Thai Airways Boeing 747-400 aircraft bound for Bangkok.

Having spent 26000 miles on a Business Class upgrade on this 4 hour flight from a semi-flex Economy-class ticket originally purchased, I realise after checking on seatguru.com that this plane has a first-class cabin. At the check-in counter I ask for an upgrade but am told the only 2 seats left in First Class have been blocked ‘by the airline’. I try again at the gate and sure enough, after a quick phone call, I am given a new boarding pass 😉.

As soon as I seat down at my allocated seat, a flight attendant offers me a non-alcoholic beverage and asks what I would like for my meal. I take a look at the menu and realise it it the ‘Royal Silk’ class menu, not a ‘Royal First’ menu. Ah ha! It is making sense now. It is business class service in a First Class seat/product. Still lucky though as my seat is huge and transforms into a large fully-flat bed.

I choose the ‘local fare’ main which is an Indonesian chicken curry with coconut rice and a duck and potato salad. This is paired with a couple of glasses of Medoc and ends with a reconstructed Apple Tartin and a double espresso with a dab of steamed milk. It is good except that the flight attendant brings me the wrong meal at first 😳. Realising her mistake she passes it to the passanger next to me on the other side of the cabin.

For the remaining 2 or so hours I sleep. Quite well, actually.