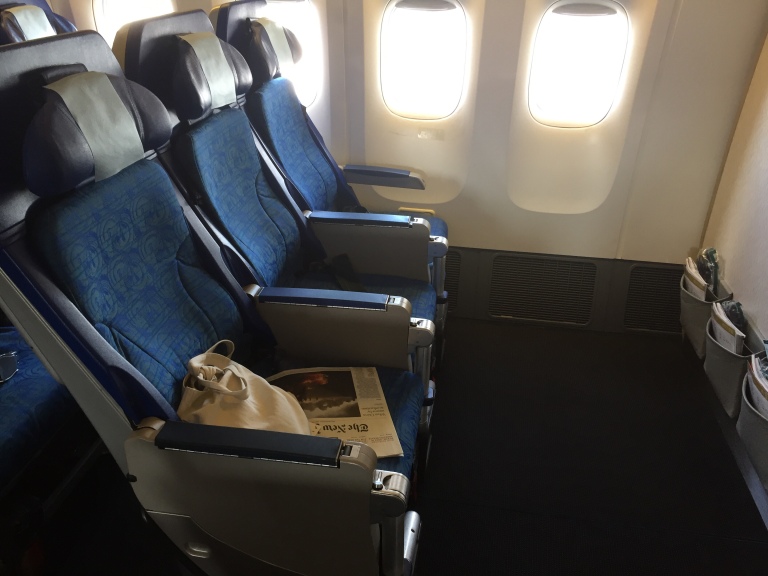 I am sitting in seat 39C, an aisle seat in the first row of Economy on this Cathay Pacific B777-300 aircraft bound for Bangkok. The seat is slightly older – unlike the one coming over on the A350, and doesn’t recline like traditional seats, but rather slides so that you feel a recline.

The meal service comes around shortly after the seatbelt sign turns off. There is a choice of pasta or curry chicken and I go for the latter. I thought I had ordered a seafood meal and when I ask the flight attendant she says Cathay Pacific doesn’t offer seafood meals. Strange – I will need to check that. Anyway the meal is OK but the best part is the Banana and Cream Hagan Daaz Ice Cream.

Being in a bulkhead seat (in my case with nothing in front of me) my AV screen comes out of the side of the seat. And during my meal I begin to watch ‘LadyBird’ – a kind of American ‘coming of age’ drama. It’s OK.

Overall the flight is good. Service is swift and efficient, we takeoff and land on time.