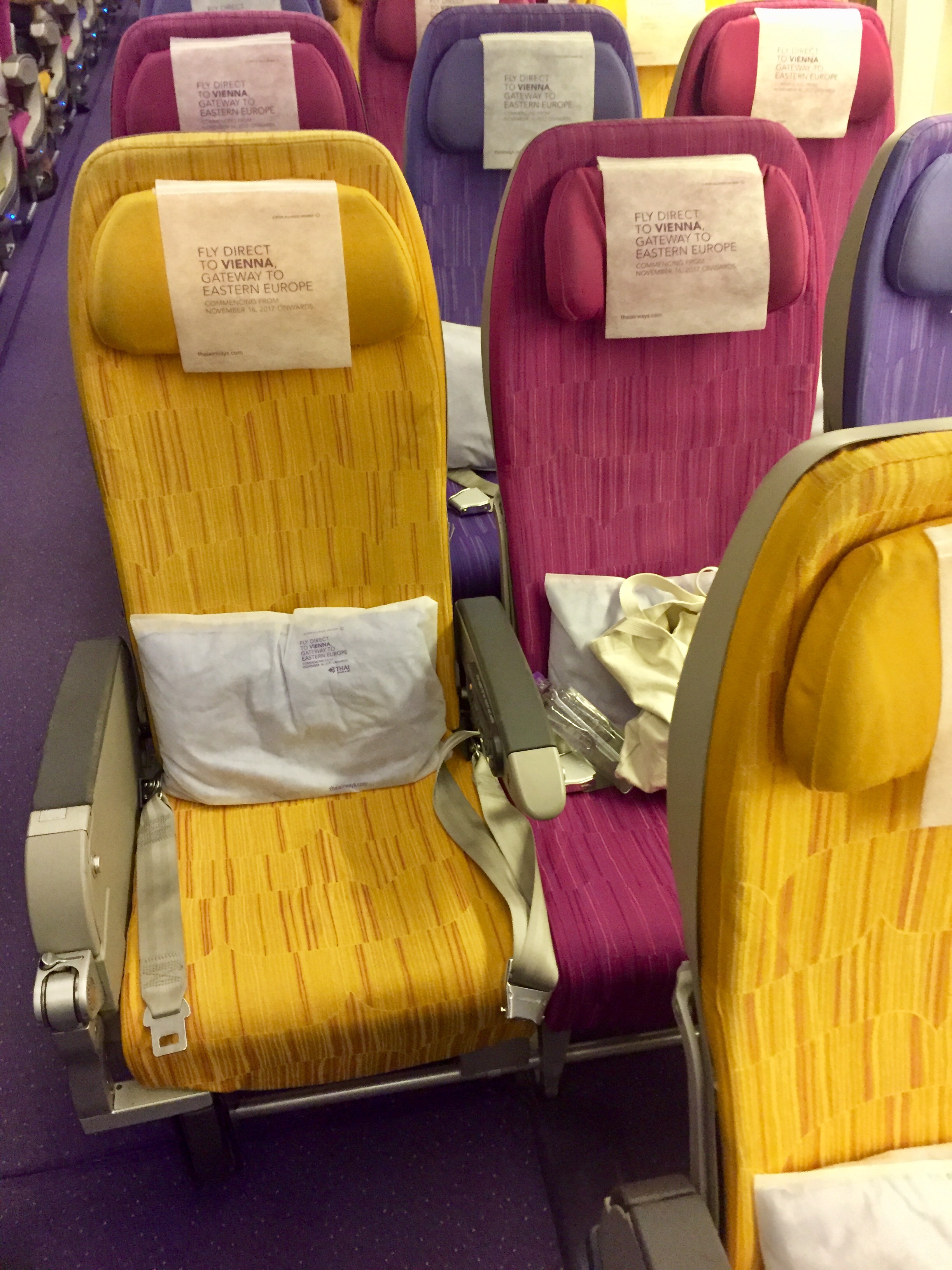 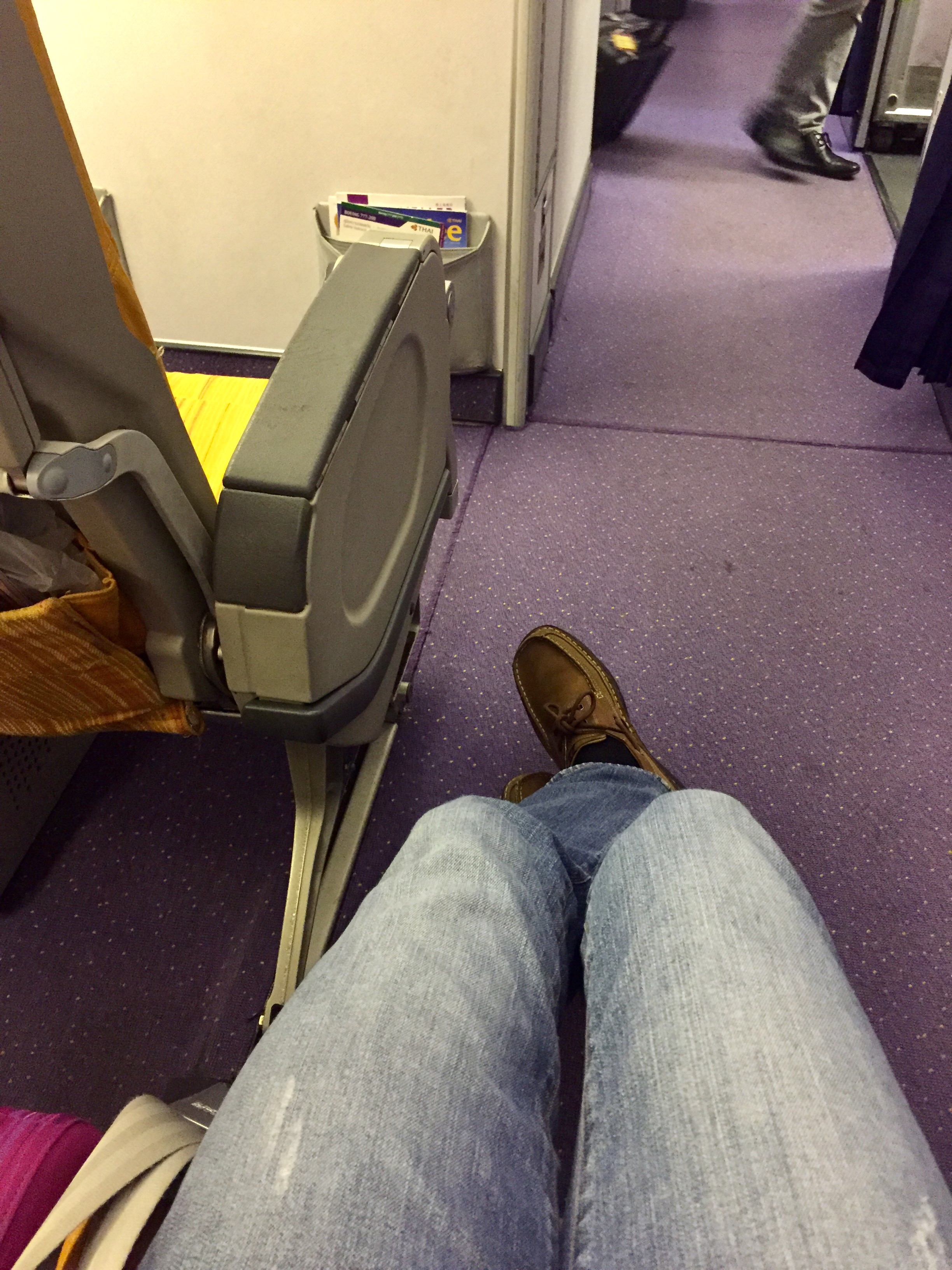 I am sitting in seat 32C, an aisle seat with no seat in front of me, on this Thai Airways Boeing 777-200 aircraft. It’s lucky I asked at the gate as this seat was blocked during online check-in. It’s probably the best seat in Economy so make sure you ask for it the next time you fly this plane.

I have ordered a Kosher meal – it’s been a while since last ordering one, and the flight attendant comes around with my box asking if I would like to break the seal. I decline. Actually in hindsight I probably should not have eaten so much in the lounge as Kosher meals are huge compared to standard Economy ones. It turns out to be a dry green chicken curry, dry bread roll, and a stewed tomato and eggplant dish which is actually quite good. A chocolate cream cake serves as dessert. Drink service follows and I order a vodka Diet Coke.

For some reason my tiny pop-up screen is not working well so I watch a few episodes of my Netflix dramas on my iPad. There isn’t anything major on the Thai Airways entertainment system this month anyway.

All in all it is a pretty uneventful flight. Service is not unfriendly, it is just nothing special.