I am sitting in seat 31K, a bulkhead window seat on this Boeing 777-200 aircraft. As can be seen from the pic above, the configuration of rows 31 and 32 are quite unusual as there are 2 seats in my row, but 3 behind, leaving 32H with no seat in front. But mine is just as good and a row in front with plenty of legroom!

The service on this flight is exceptional compared to many of the other TG flights I have been on recently. Smiles all round, the true spirit of Thai Air shining through. 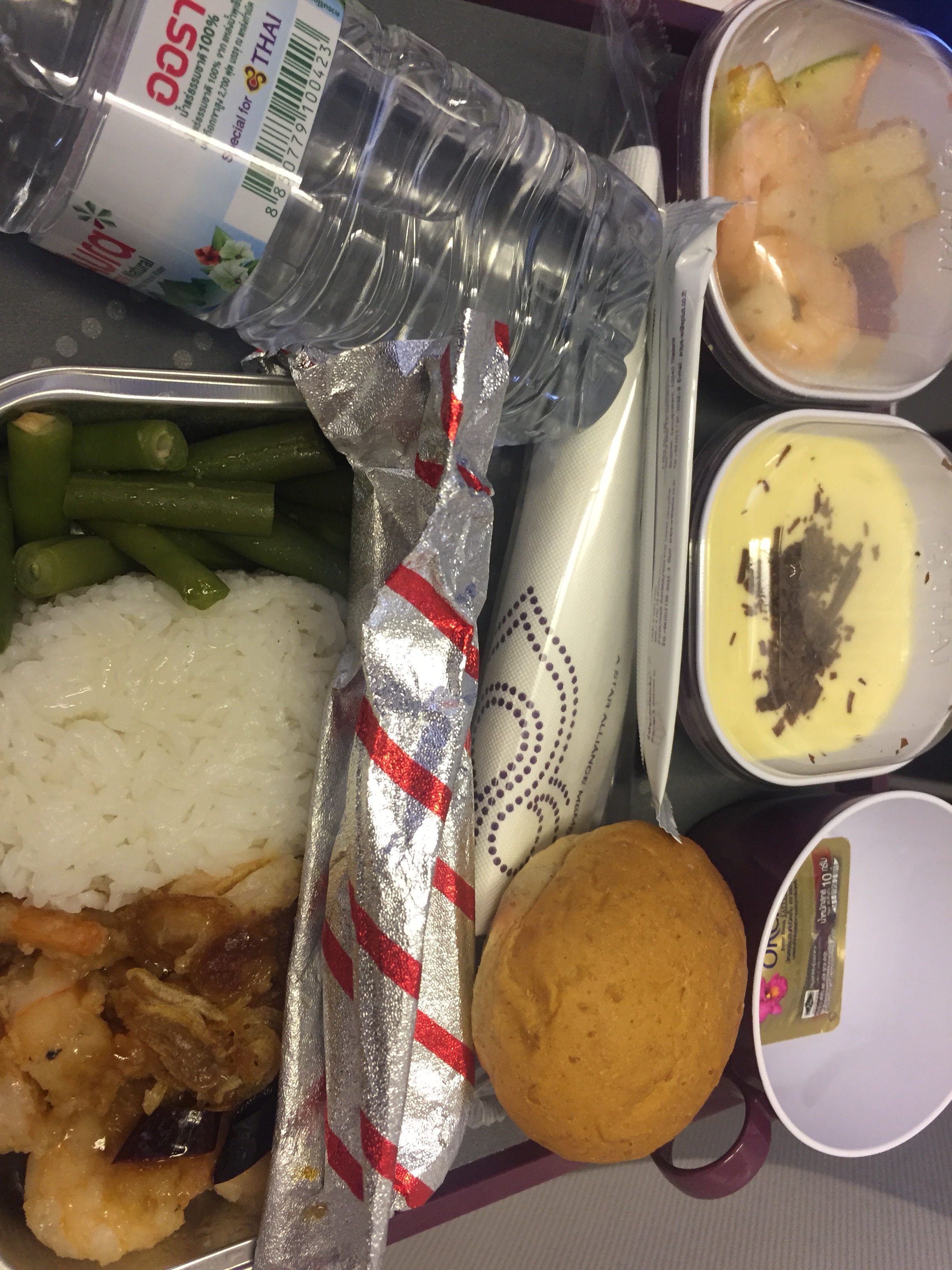 The food is delicious. There is a choice of Chicken or Prawns with rice and beans, with a prawn salad and delicious tiramisu for dessert, served with a hot bread roll and bottle of water. The drink trolley follows and I order a vodka Coke Zero (or two…).

My pull-up AV screen is small and due to the fact that it is such a short flight decide instead to watch an episode of the new Star Trek series now airing on Netflix on my iPad.

Although there is a slight delay to take-off, we land on time.

Post review: I realize I have left my jacket onboard after passing through immigration. Damn! But good news / Sats Gateway Lost & Found track it and it arrives shortly after I report it. Gotta love Changi!